This year for me has been the search of beautiful places.  I love hiking and traveling, but this year I decided to go to as many new places as possible, which ended up with me seeing about 50+ parks across NC and VA.  During this, I have found many amazing areas, from swamps near the coast, to huge cliffs in the mountains.  Out of all of these places, one stuck out to me in particular called ‘The Saddle’ off of the Blue Ridge Parkway in Virginia.  Rolling hills, amazing overlooks, and one of the darkest places in the east coast is just a piece of what this place has to offer.

After photographing there once, I decided it would be a good idea to try to make a time-lapse.  After getting equipment together, my friend Nic and I got in the car and headed two hours north toward the spot(11/25/13)!  We purposely chose a night when a cold front would come through, which would hopefully make for some interesting clouds during sunset and then a clear sky for stars.  Unfortunately, this was a mean cold front, which brought with it 50+mph winds and cold air in the teens.  With that much wind, it was really hard to stay warm, but we decided to try to stick it out and camp and make the time-lapse!

In the end I couldn’t have asked for better clouds!  Here is a couple of still shots from when we first got there (click picture to enlarge) 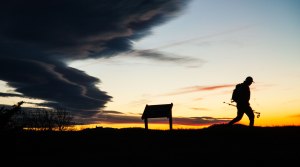 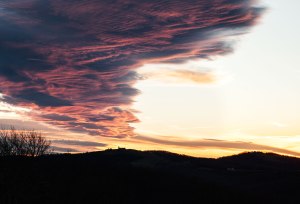 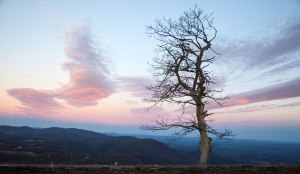 The wind was crazy, and this made for a hard time keeping my tripod still for the time-lapse…. but I still got a few of the shots I needed.  Knowing that the time-lapse wasn’t ready, Nic and I went back the next weekend in an effort to get some more shots with less wind, and hopefully more stars.  We got back up to our spot, and this time it wasn’t windy and it was clear and perfect for stars!  I set up the camera and opened up the aperture on the camera to F/2 and set the ISO to 2000, with 2.5 sec exposures.  Heres one of my still night shots 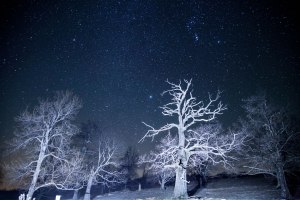 After spending the night out there, Nic and I got back on the parkway to start heading home.  One of the things I love about the Blue Ridge Parkway is the wildlife that can be spotted by just driving down the road.  Here’s one of 4 deer we saw that morning 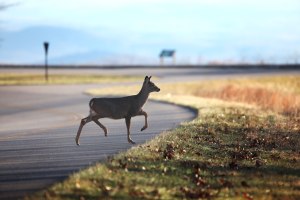 And finally, I wouldn’t want to end this post about the Blue Ridge Parkway without including some wintery scenes… which Nic and I stumbled across at a river near Rocky Knob VA.  The light was perfect, and the frozen water and icicles looked amazing when contrasted against the running water from the river.  I got a couple of shots that I liked, but then when crossing back over the river, I slipped on some ice and my legs fell in.  Very cold! I took off my shoes and waded through the river, a smile on my face because I wasn’t hurt and I had accomplished taking some great pictures, just a little cold. 🙂 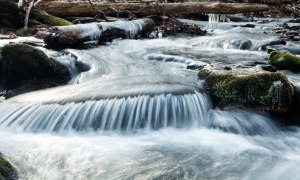 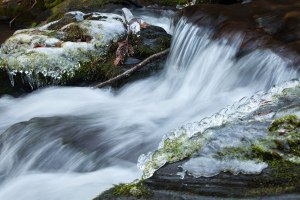 And here is the link to the time-lapse video!