I have been photographing a ton throughout North Carolina this Spring, to say the least!  Storms, sunsets, the Milky Way, sunrises and wildflowers have kept me awake at weird hours of the night and I have needed to invest in a few new external hard drives for storage.  The result is a ton of new images and also some new time-lapses.  I have dedicated this blog to share the warm feeling I receive each Spring in NC, as  lush plant-life forms and creatures return from their winter slumber.  The liveliness is noticed at every trail and lakeside, as mating calls from insects and forest animals ring through the air.  The new warm air of Spring mixes with the cold Winter air creating powerful storms throughout NC, and this meant some great storm chases for me!

A lot of my time has been spent in the mountains of NC, attempting to keep up with the wildflower bloom schedule.  I did make it out to the east once, visiting Atlantic Beach and the Croatan National forest.  The images are captioned, but altogether I hope to tell the story of Spring in NC through the visual narrative of the images.  All of these images were captured from April 2016 until now (May 23, 2016).  Below this gallery is a the time-lapse from these locations. 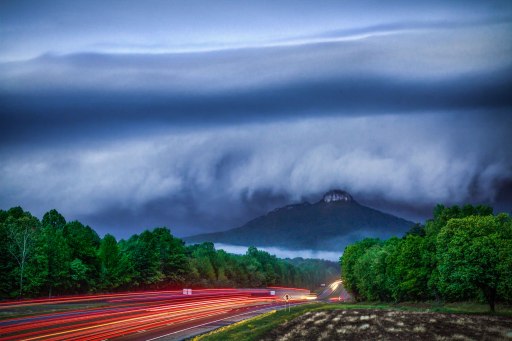 Stars above the moonlit cliffs of Hawksbill Mountain, in NC. From a early Spring, 2016 while in Linville Gorge. 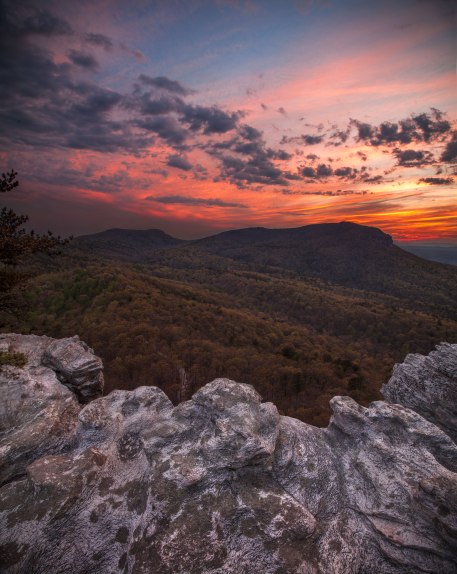 Meandering road on a cloudy day in western NC. I love seeing the greens of Spring coming in! From a early May in Boone, NC.

Rhododendrons and a buzzing bee in Highlands NC, mid May 2016.

Evening colors and water pathways at the Croatan National Forest from early May 2016. The Croatan National Forest is an amazing piece of preserved land, located close to Atlantic Beach. The salt marshes are alive with wildlife, and paths with long boardwalks make for a unique experience. The trails yesterday led me past crab colonies, oyster beds, waterfowl, and a large Eastern Glass Lizard. To fully appreciate the beauty of NC, a visit to one of these inner coastal land preserves is a must. 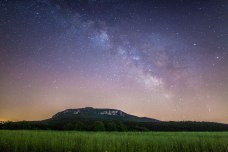 Milky Way above Moore’s Knob, part of Hanging Rock, in NC. From mid May 2016. 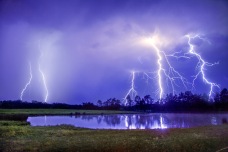 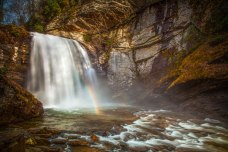 Wildflowers and a small foot path alongside the Blue Ridge Parkway, from mid May near Boone, NC.

Sunset at the Devil’s Courthouse in NC, early Spring 2016.

Sunset at a field in Greensboro NC, early Spring 2016.

Spring sunset looking across the Sauratown Mountains toward Pilot Mountain. Known by some as ‘the mountains away from the mountains’, this mountain ridge consists of Hanging Rock and Pilot Mountain and offers lots to hike, as well as some incredible views of the Blue Ridge Mountains in the north and west.

Wildflowers alongside the Blue Ridge Parkway, from a couple of weeks ago near Boone, NC.

Springtime at Dry Falls, viewed from the bottom of the Cullasaja Gorge in NC, from mid May 2016.

Sunset over the calm water of Reedy Fork Creek, from mid April, 2016 in Greensboro NC.

Springtime at the Blue Ridge Parkway near Boone, NC. 2016. 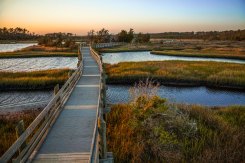 Boardwalk at the Croatan National Forest, early May 2016.

The swirling swimming hole of Quarry Falls, also known as bust your butt falls. From mid May during my visit to Highlands.

Sunset at the Croatan National Forest, early May 2016. 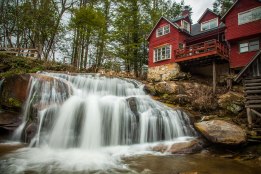 ‘Storm glow’…. These are sunset lit storms, from early May 2016 in Burlington NC. Very strong storms and the color was insane!! I followed these storms for a few hours after this shot, chasing the lightning into the night. 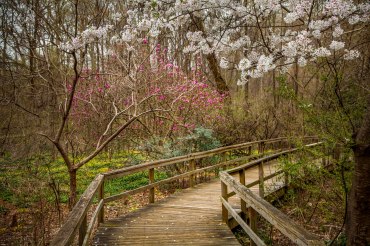 Spring at the Bog Garden in Greensboro NC. 2016 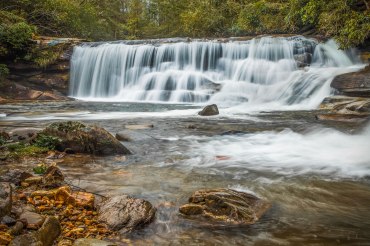 View of French Broad Falls from my Spring visit to Brevard. ThIs is the where the French Broad and Shoal Creek meet, and the result is two large waterfalls and a ton of fast flowing water. Brevard is known as the ‘land of waterfalls’ for good reason, and it’s almost impossible to not drive past one while in the area.

Springtime at the Blue Ridge Parkway, 2016. in North Carolina. 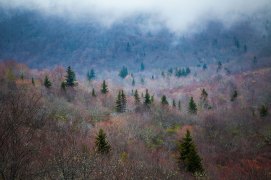 View of the northeast section of the Milky Way above Pilot Mountain, in NC. April 2016. 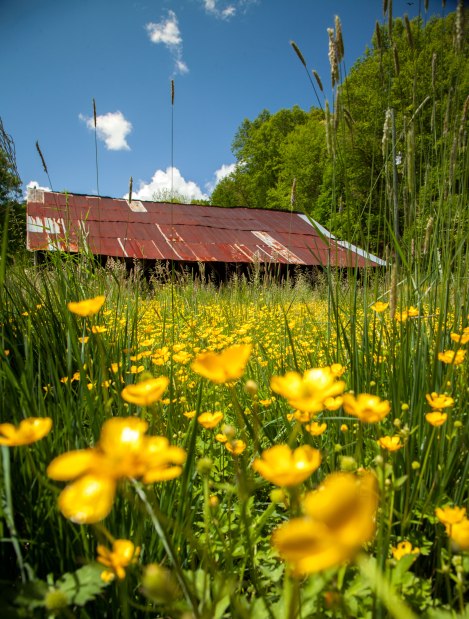 Wildflowers and an old barn in western NC, mid May 2016.

Rays of light brought over the Blue Ridge Mountains in Highlands, NC. Mid May 2016.

Sunset reflections at Lake Brandt, NC, from mid May 2016. 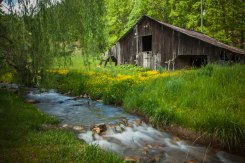 Wildflower field, flowing water, and an old barn, from Waynesville NC. Mid May 2015.

View from Whiteside Mountain in NC, 2016.

Putting Linville Gorge in perspective…sunset from late last week on top of Hawksbill Mountain. Wiseman’s view is across the gorge to the left, and Linville River is framed between the cliffs near the middle of the image. This place is often referred to the ‘Grand Canyon of the East’…for good reason. 14 image panorama.