Every year during Autumn, a transformation takes place throughout North Carolina.  The lush valleys and green-topped forests all slowly start changing color.  This process takes a few months, and the colors revealed can be breathtaking.

I spent most of my free days in October visiting the Blue Ridge Mountains, documenting the full range of colors during the month.  The colors ranged from lime green/yellow, to deep red, to the rustic orange leaves which form on Oak trees changing later in the season.  My friend and fellow photographer Caleb joined for a few of the adventures, and together we filmed scenes for a video which I posted below.  A lot of ground was covered between September and end of October, and the pictures below (all from 2105) reflect views from Linville Gorge, the Blue Ridge Parkway, Linville Falls, the area surrounding the Linn Cove Viaduct, and my home city Greensboro. 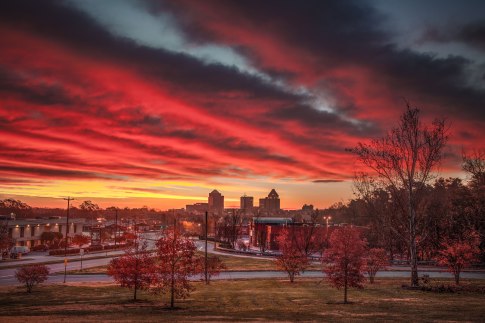 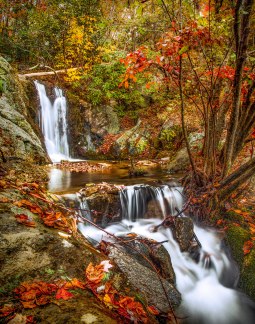 Autumn colors at a North Carolina waterfall located in the Pisgah National Forest. 2015.

Twilight and fall colors from the top of Hawksbill Mountain, in NC. 2015. 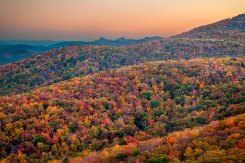 Beacon Heights along the Blue Ridge Parkway, in NC. 2015. 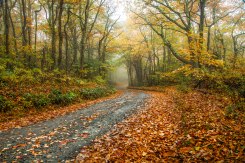 Autumn colors at a North Carolina waterfall located in the Pisgah National Forest. 2015. 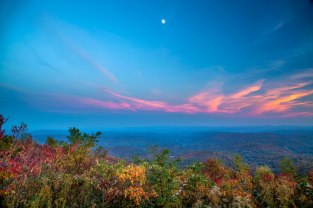 Beacon Heights along the Blue Ridge Parkway, in NC. 2015.

Milky Way over Autumn leaves along the Blue Ridge Parkway in NC. 2015.