Last week was another good week for storms/clouds, and over the weekend I made my way to the coast.  I stayed near Wilmington Nc, and because it was labor day weekend, the beach was packed!  I usually dont like taking my camera equipment out on the sand… but the storms were firing up!  I watched as they moved in front of me and around me, until finally one came towards the crowded beach.  Once it hit, pandemonium set in as the tourists grabbed there gear and scampered out of the heavy rain and lightning.  I was very surprised with how long it took people to get away from the storm, I guess people wanted to feel the rain to believe it was there.  Anyways here is a picture from that day before we got rained out: 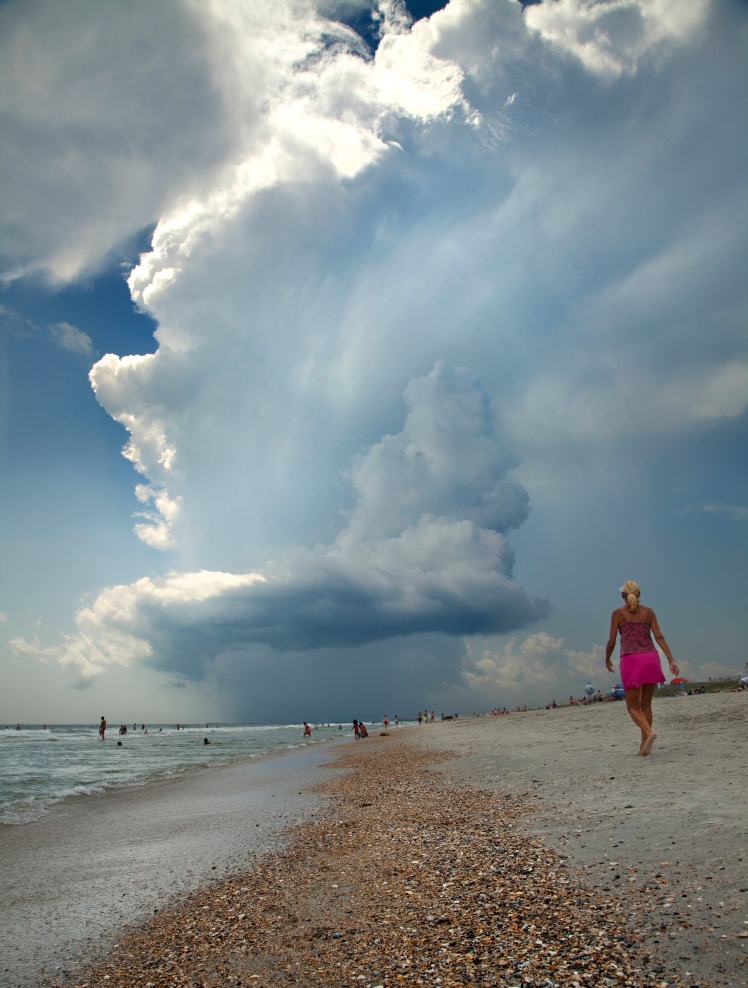 After  a fun day watching storms at the beach, I decided to head to one of my favorite swampy areas a little further inland.  This place has a ton of spanish-moss covered trees, and the storms were still brewing!  This is a vertical panorama of the storm over the sawmp area:

And after looking around the swamp for a while, I stumbled upon my first wild NC alligator!  I fortunately had a 300 mm lens with me, so I didnt have to get too close…  He stood still for the picture and then I left it alone before making it too nervous 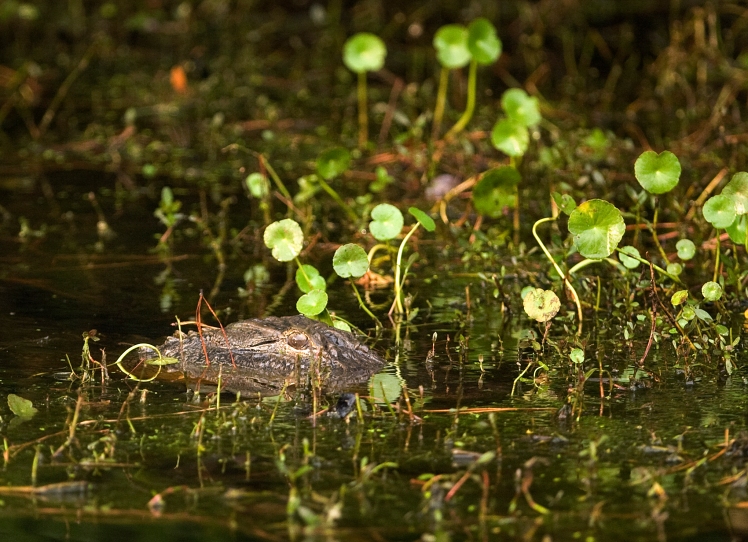